You are here: Home1 / Blog2 / blog3 / The most common method of producing refractory balls 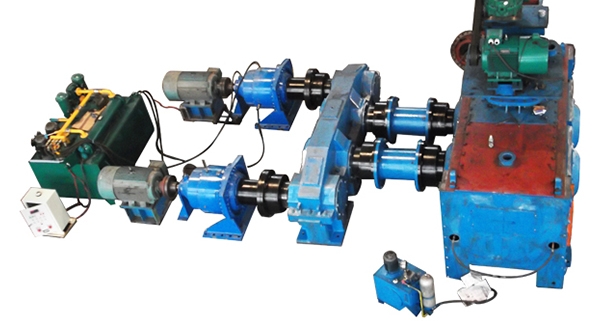 In the process of producing refractory balls, a hydroforming method is usually used. The following is an introduction to the press forming method and some suggestions for equipment selection.

1. The press forming method is the most used forming method in the production of refractory balls. The method uses a ball press and a steel die to compress the formulated refractory ball material into a sphere. Since general machine forming refers to a semi-dry material forming method having a water content of 4% to 9%, it is also called semi-dry molding. The equipment commonly used in this method includes a friction brick press, a lever press, and a hydraulic press.

2. The press forming process is essentially a process in which the particles in the ball are densely packed and the air is discharged to form a dense sphere. The machine-formed refractory ball has the advantages of high density, high strength, small shrinkage and shrinkage, and easy control of the size of the refractory ball. Therefore, this method plays a major role in the production of refractory balls.

The requirements of the ball forming machine for the ball material should have a certain fluctuation range except for the moisture, and there are certain requirements for the particle size. For example, there should be a reasonable particle size ratio, and the bulk density should be as large as possible. Generally, the critical particle size is 3 to 5 mm, and the fine powder content of less than 0. 088 mm should be in the range of 35% to 45%.

The most common defects of machine-formed refractory balls are spallation and layer density. A spallation is a lamellar crack formed perpendicular to the direction of pressurization formed during pressurization. Excessive moisture in the ball, excessive fines, too little binder and excessive pressure can lead to spalling.

Therefore, these parameters must be controlled in production. The layer density phenomenon, that is, the density of the refractory balls after molding, is reversed in the direction of pressurization. The unidirectionally pressurized refractory ball from the top is generally dense and sparse, and the same horizontal plane is medium-density and sparse. This is due to the friction between the ball particles and the friction between the ball and the die wall. The method of reducing the external friction by double-sided pressing and lubricating the four walls of the mold can reduce the phenomenon and reduce the porosity of the sphere.