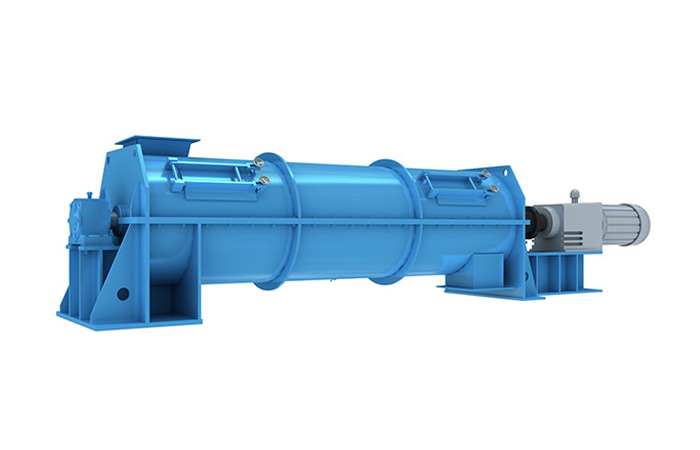 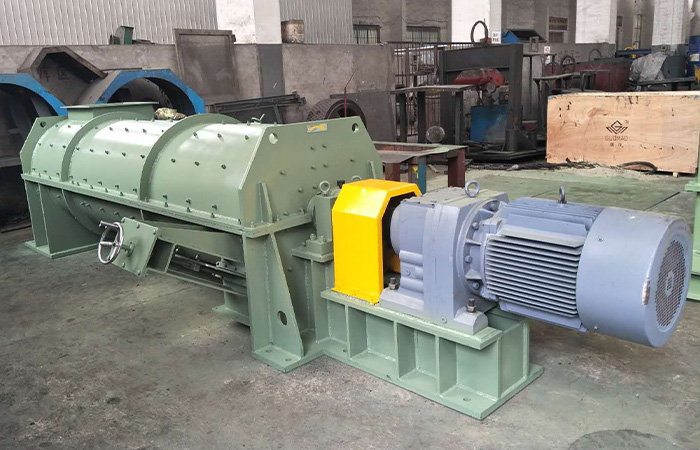 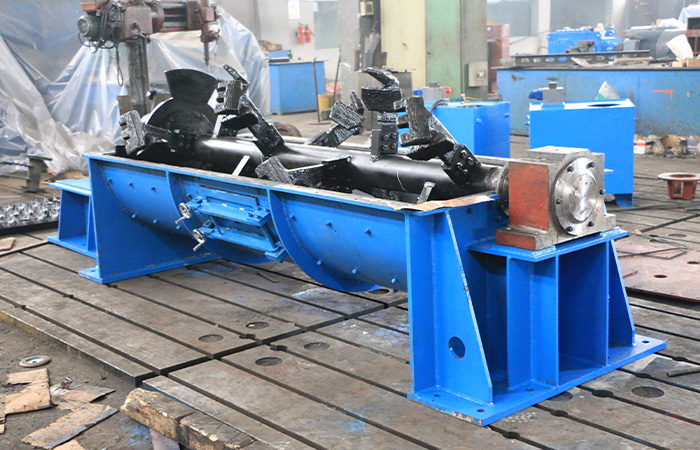 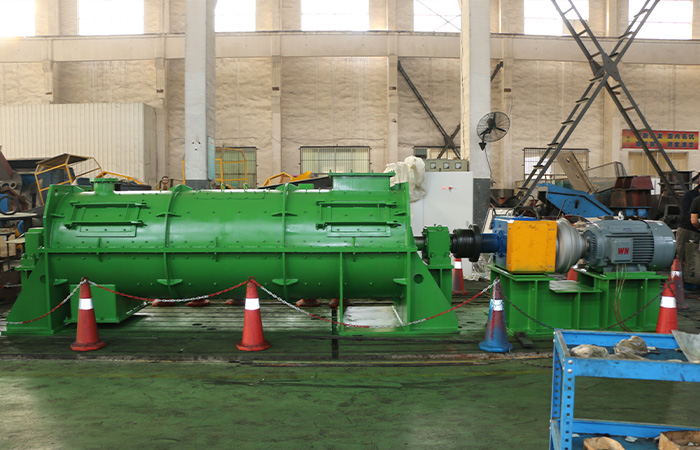 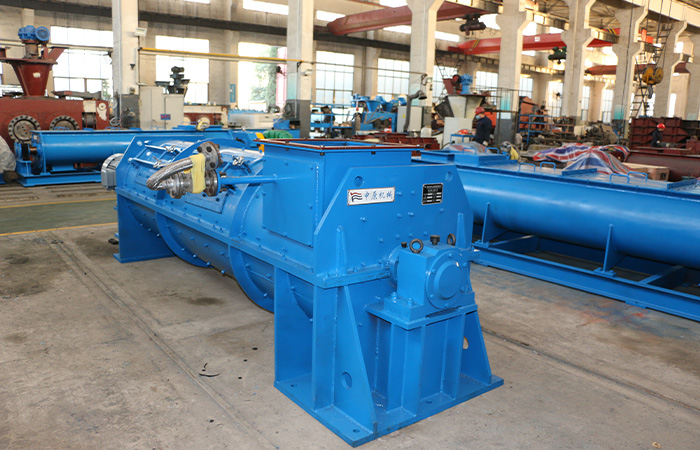 This series of products is suitable for the mixing of two (and above) granules or powders with a particle size of more than 10μm, and the addition of a small amount of water or binder. It is widely used in metallurgical dust removal, sludge recycling and steel pellets, such as laterite-nickel ore, iron concentrate, magnesium oxide powder, aluminum bauxite powder. Mainly used in metallurgy, mining, refractory materials, coal, chemicals, building materials and other industries.

The horizental strong continuous mixer is a patented product developed by our company based on the accumulated field experience accumulated over the years. It has the characteristics of small volume, strong mixing ability, high mixing precision, stable continuous operation, safe and reliable.

The three mixing mechanisms of solid particles, namely diffusion mixing, convection mixing, shear mixing, overcome the opposite segregation effect of a single diffusion mixing mechanism, to ensure a high degree of uniformity, thereby achieving the required mixing degree, the mixing degree can be It reaches 90-95%, that is, the coefficient of variation V is not more than 5-10%.

Widely used in steel, briquette, electric power, chemical and other industries, especially suitable for the front end of the ball press mixing process.

(1) Absorbing the advanced mixing principle of strong convection and shearing to reach a high mixing degree;

(2) Horizontal structure and continuous mixing to ensure the continuity of the production line;

(3) It also has the function of breaking up, high efficiency and large output;

(4) Compact structure, small volume, and easy to connect with the production line;

(6) Patented technology, the mixing tool is smart in structure, easy to replace and easy to maintain. 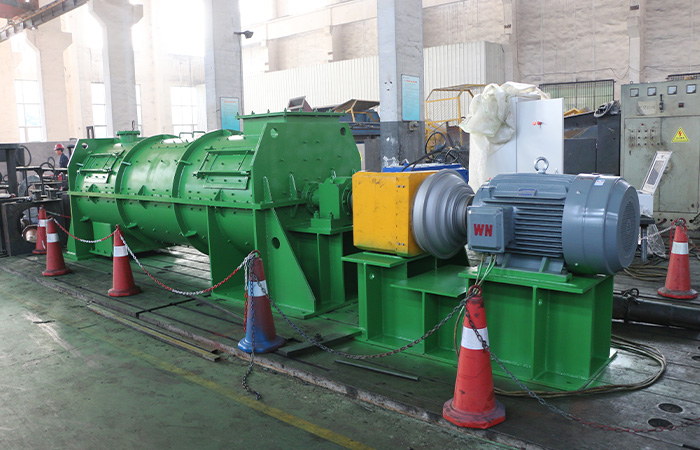 1.Material characteristics like size, density,formula,proportion,and throughout should be specified;

2.The characteristics of binder should be cleared such as addition, viscosity and density and added proportion.

This series of general-purpose products are driven by a motor through a hard-toothed reducer (or hydraulic coupler), and then the geared coupling drives the hybrid rotor to rotate at a certain speed. The hybrid rotor is fixed with a special geometry and high wear resistance mixing tool. 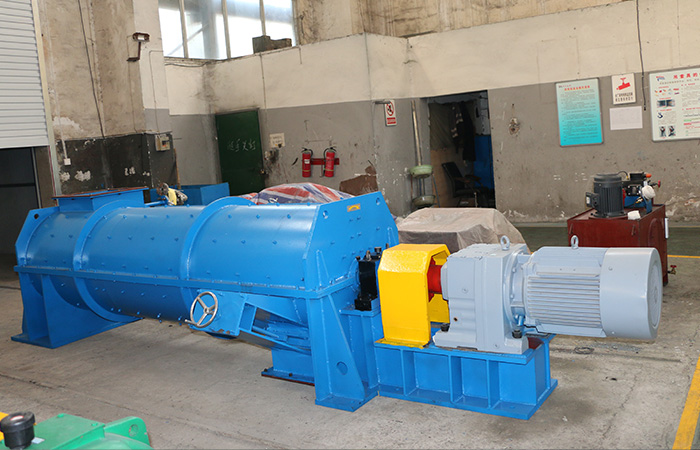 When the mixing tool is rotated, the material is mixed in a fixed container and continuously discharged. The material advances and retreats in the container to form a solid fluidization effect, so that the material achieves the desired mixing effect.

The solid mixing device has two kinds of solids, one is a granule and the other is a powder. The powder having a particle size of 50 μm (about 270 mesh) and less than 10 μm (1000-1500 mesh) is used. There is a phenomenon that the adhesion is greater than gravity, that is, the phenomenon of reverse pulverization. 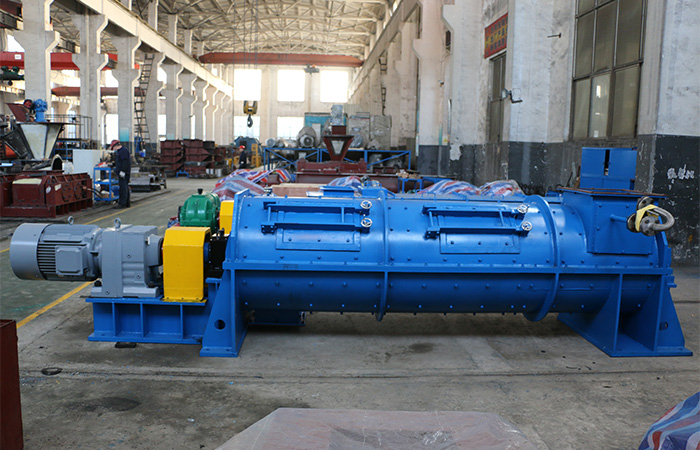 2) About the filling rate

Full volume (total volume) refers to the maximum volume of the equipment. The filling rate refers to the percentage of material that is remembered during continuous operation, generally 25-40%.

That is, the power consumed by mixing one ton of material is about 1-1.2 KWh/ton, which is an empirical formula and only the selection reference.

The speed at which any point on the object makes a circular motion on the fixed axis becomes the “linear velocity”. Its general definition is the instantaneous speed at which a particle (or a point on an object) makes a curve motion (including a circular motion). Its direction is along the tangential direction of the moving track, so it is also called the tangential speed, in m/s.