You are here: Home1 / Blog2 / blog3 / What is the working principle of horizontal power mixer?

The main mixing objects of the horizontal powerful mixer: the mixing of various solid materials and powders, and the high-precision mixing of these materials after adding the binder. It has the remarkable points of stable operation, sturdiness and durability, high mixing precision, stable mixing fruit, continuous operation and no impact on the environment around the mixing equipment. 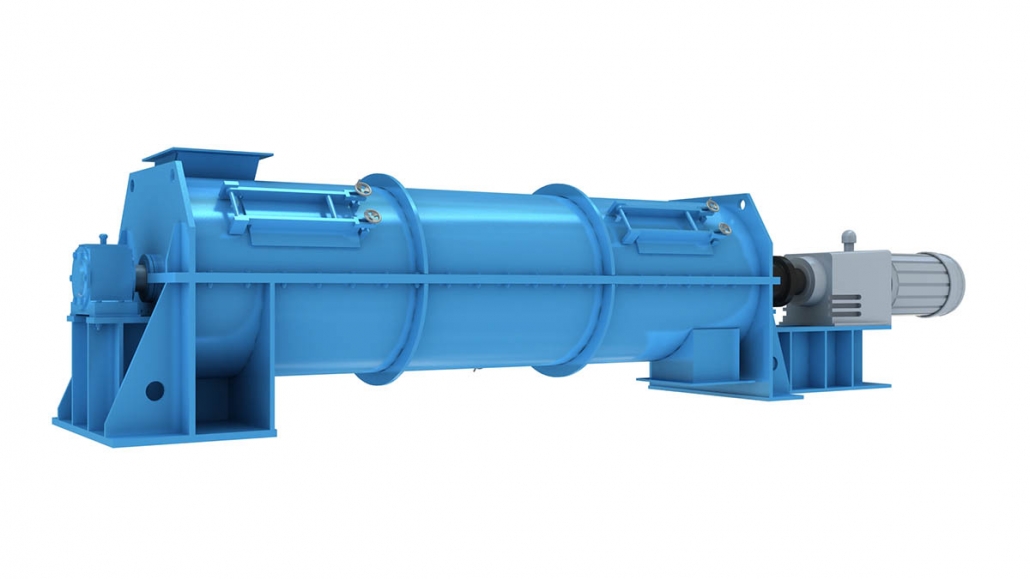 The horizontal powerful mixer adopts a single-axis multi-cavity design, the teeth are arranged in different geometric shapes, and the materials are placed in the front and rear movable curtains of the mixer body to realize the cross between the materials. mixing. This horizontal powerful mixer is particularly suitable for mixing powders and powders, as well as powders and a small amount of liquid (binder), or large specific gravity materials.

The horizontal powerful mixer is a horizontal closed cylinder structure, the inlet and outlet are easy to connect with the dust removal device, and the mixing area has a small environment.

In the process of mechanical mixing of materials, there are the following five ways:

(1) Shear mixing forms shear surfaces with each other in the materials, so that the mixing of materials takes place.

(2) Convective mixing of many agglomerated material particles moves from one place of the mixer to another for relative flow.

(3) The particles of the diffusion mixed mixture move in a single particle as a unit, similar to the molecular diffusion process in gas and liquid. It is an irregular movement, especially when the particulate material (dust) is in vibration or fluidized state, the diffusion effect is extremely obvious.

(4) Impact mixing causes the particles of a single material to disperse under the impact of the material and the wall shell.

(5) The particles of the crushed mixture are deformed and crushed.

Five mixing methods exist simultaneously in each mixing process, but the main three are the first.

Taking the batch mixer as an example, the mixing process can be divided into three stages. First, the particles penetrate and slide from one part of the material to another part in a mass, and convective mixing occurs. Secondly, the particles of different ingredients are gradually dispersed across the newly formed interface for diffusion mixing. Finally, under the effect of self-weight and centrifugal force, particles with similar shapes, sizes and densities will accumulate in different parts of the mixer, called particle aggregation.

The first two effects are helpful for mixing, while the latter is a separation effect that prevents the particles from being evenly distributed. These three phases occur simultaneously in the mixer, but in different mixing time, the degree of effect is different.